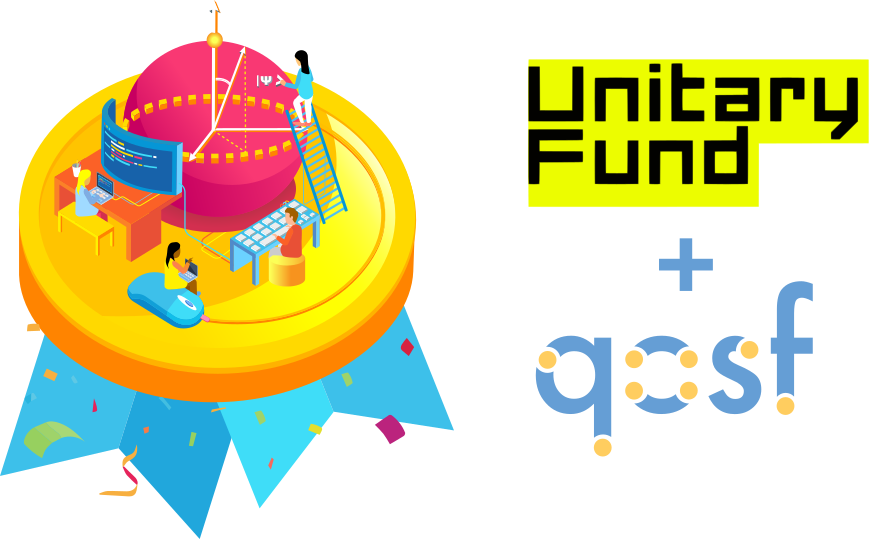 Wittek Quantum Prize is dedicated to the life and memory of Peter Wittek. Read more about the story behind the prize in our blog post.

In a partnership between QOSF and the Unitary Fund, we want to recognize the work of the unsung heroes, developers and maintainers behind the software projects we all use. They are often unaware of the impact their work is having on the quantum software community and thus we are awarding a

to a software contributor/maintainer among crowd-sourced nominees on an annual basis. The winner of the prize is going to be selected by the Unitary’s Fund advisory board, which kindly agreed to act as an independent evaluation committee.

In order to identify potential recipients of the Wittek Quantum Prize for Open Source Software we need your help! If you know an individual you’d like to nominate for the prize (including yourself), please fill out the nomination form by clicking on the button below:

Who should you nominate?

✅ An individual who has had substantial impact on the quantum open source ecosystem. Ideally, this person is someone who usually goes unnoticed due to the nature of their work but who deserves to be highlighted for their enthusiastic & diligent support of open quantum software.

✅ Yourself! Self-nominations are more than welcome.

Who should you NOT nominate?

The Wittek Quantum Prize is dedicated to Peter Wittek - a pioneer in the field of open quantum software who went missing on a mountaineering expedition in the Himalayas last year. The prize is a collaboration between the Unitary Fund and the Quantum Open Source Foundation and it aims to reward an otherwise unnoticed individual for their outstanding high-impact contribution to the field of open source quantum software.

The field of quantum computing is in large building upon the successfully established open source development models, and we are happy to report that open source software has been embraced, by academia, industry players alike. However, we are still in the early days of establishing the technology stack for future quantum software developers and while some of the components of the critical infrastructure is developed by larger development teams with commercial backing, there are plentiful individuals who are helping shape the building blocks of the foundations upon which the quantum computing software industry is going to rely in the decades to come.

Read the full story in our Medium blog post.

Can I nominate teams?

No, the Wittek Quantum Prize for Open Source Software is awarded to individuals.

Does the nominee have to be an original author of an open source project?

No, but they should be a contributor to one or more open source projects in the space of quantum computing.

This year’s edition of the Wittek Quantum Prize is awarded only in the category of “Open Source Software”, however, we are looking into expanding the scope for the next year. Get in touch if you would like to support our efforts.

How many individuals are being awarded?

We are going to award a single individual.

Is this a one-off event?

The Wittek Quantum Prize is going to be awarded annually. If your nominee did not make the selection this year, please consider nominating them again for next year’s edition.

When do nominations close?